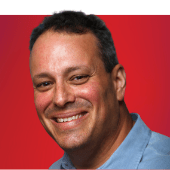 In 2008, Rob Frohwein recognized that many companies like eBay were offering automated access to data via APIs. He realized small businesses simply needed to share this data to allow lenders to make better, faster decisions and provide great user experiences. With the help of his co-founders Kathryn Petralia and Marc Gorlin, he created Kabbage to leverage the power of real-time data automation to streamline lending directly under the Kabbage brand (www.kabbage.com) and via Kabbage’s technology.