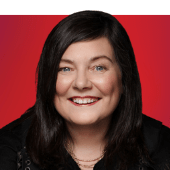 Anne Boden is founder and CEO of Starling Bank, a fast-growing UK digital bank targeting millions of users who live their lives on their phones. After a distinguished career in senior leadership at some of the world’s best-known financial heavyweights, she set out to build her own mobile bank from scratch in 2014. Today, Starling has opened more than one million current accounts for individuals and small businesses and raised £263million in backing. Its app is loaded with smart money management tools, while its Marketplace gives customers access to third party financial services. Starling also has a pioneering Banking-as-a-Service and payment services business. It was voted Best British Bank in 2018 and 2019 and Anne was awarded an MBE for services to financial technology in 2018.