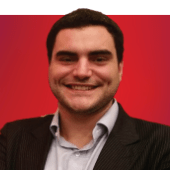 Founder and CEO of Gatecoin, a regulated exchange platform for blochchain assets. Founding member of the Bitcoin Association of Hong Kong, Aurélien has been invited to speak at numerous events and conferences, such as Startup Asia, TechCrunch Beijing, Inside Bitcoins, and many others.

Founded in 2013, Gatecoin is a Money Service Operator licensed digital currency exchange, benefiting from segregated client accounts. Under his leadership, Gatecoin became the first bitcoin startup to be incubated by the Hong Kong Science and Technology Parks Corporation (HKSTP). It is also incubated by the prestigious Tsinghua University.

To date, Gatecoin has raised $700,000 in funding from angel investors.

Aurélien is also working on a charitable donation platform called CoinCharities, a project to facilitate donations to charities and non-profits all around the world by using digital currencies.