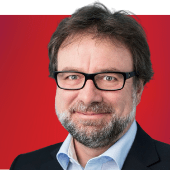 Stephan worked at Credit Suisse as an internal consultant and eventually worked his way up to MD where he was in charge of the firm’s information systems architecture. As chief architect, he was pivotal in building a world-leading Service Orientated Architecture (SOA) structure from the ground-up and in doing so, turning an organisation that relied on legacy IT infrastructure into one that utilised open SOA services. He continued building his career further at UBS where he joined as CTO. Here he was responsible for IT architecture and innovation across the group. Whilst at UBS he pioneered an array of digital transformation initiatives that helped the organisation become one of the most forward-thinking in terms of utilising Fintech. In one example, he led the implementation of HIRO, a Problem-solving artificial intelligence platform to increase process efficiency through automation. In 2017, he left UBS to found his own consultancy that advises the biggest global organisations such as Google.